In 1983 I started organic herb farming in the Southeastern U.S. followed by establishing a medicinal herb school a decade later. In 1997 my schooling at a graduate program in Oriental medicine began in Florida. The next year, my younger sister was pregnant with her first child and I received a disturbing call from her one afternoon; she had been in a car accident and was experiencing contractions and spotting. She had already visited her OB with instructions to go home and stay in the bed with hopes that the pregnancy might still run its’ full course as she was eight weeks away from her delivery date. At the time she was not offered any other intervention and her contractions were intensifying.

I caught the red-eye out to San Francisco and arrived early the next morning. I always carried a large tackle-box filled with any remedy I might need during travels and needles. To this retrofitted fishing gear I added cramp bark herb known for soothing contractions of the uterus and wild lettuce leaf used to calm the fetus in cases of miscarriage. I happened to have large bottles of tinctures of each remedy that I poured into eight-ounce glass jars for the trip. I also grabbed my electrical stimulator that is attached to the needles during acupuncture into my suitcase.

My acupuncture practice focuses on chronic pain and chronic disease; it is unusual to have a crisis patient in such a setting. Furthermore, herbalists and acupuncturists rarely perform emergency interventions, so running through the airport with my healing gear was an exhilarating first for me. Thinking back, it was an amazing experience that would not be possible today; first, I would never be allowed on an airplane with a carry-on tackle box filled with little baggies of herbs; second, you could never get an eight ounce bottle of alcohol-based tincture on a plane; third, my e-stim (electric stimulator) looked like a bomb. I happen to have the ancient e-stim I carried on to the airplane all those years ago and am including a photo to establish my point. 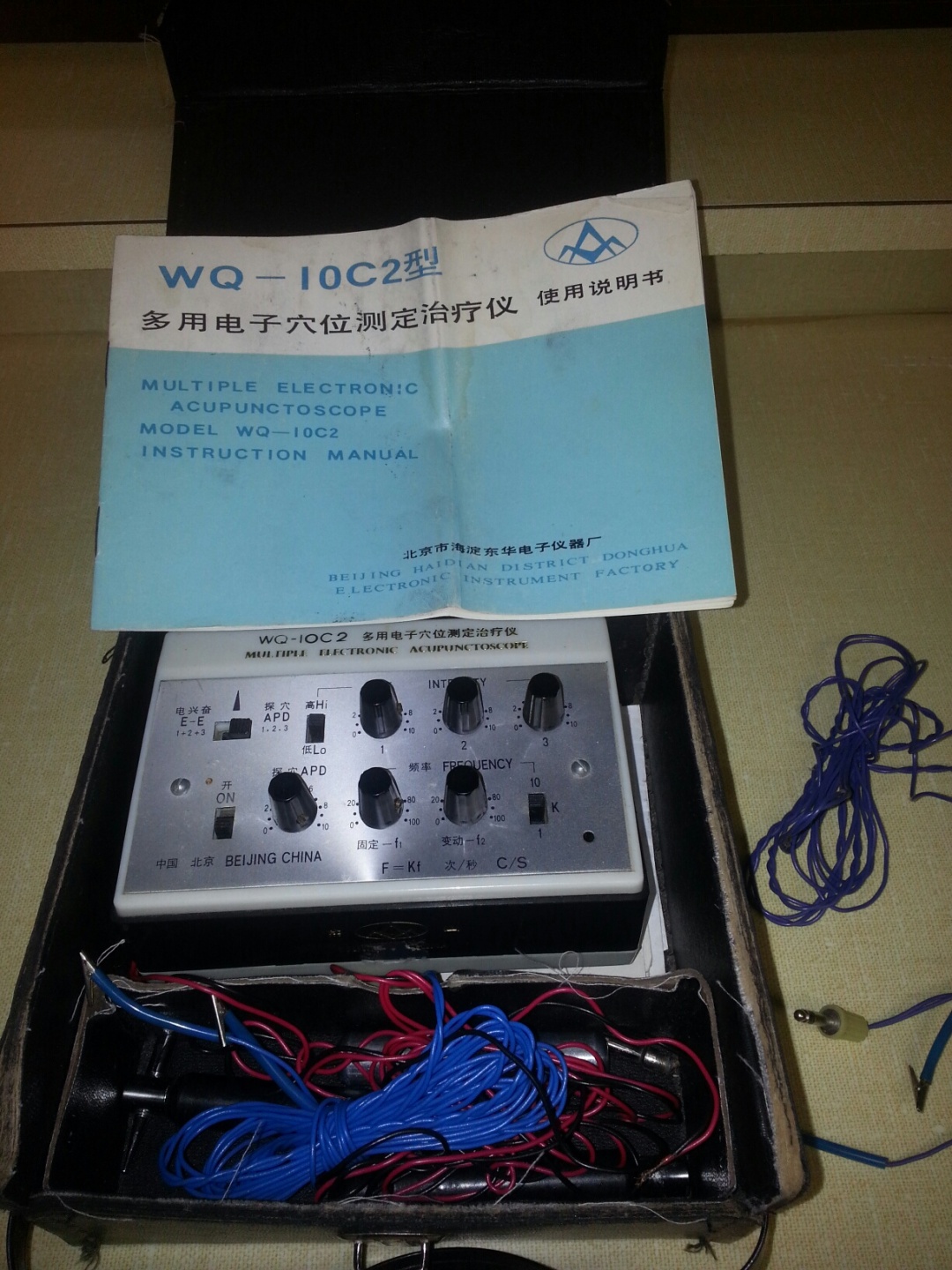 My sister has a needle phobia so I had to make my acupuncture efforts count with as few needles as possible. I sparingly used acu-points ST 36, KI 3, HT 7, PER 6 and LU 7. Luckily, she is a big fan of my herbal savvy and took the tinctures without hesitation. We broke up the herb application to small doses of ten drops of each of the remedies hourly until the contractions stopped. I was only able to apply the acupuncture protocol one time as she protested once her symptoms began to abate and her desperation lessened. The next morning we were shopping at a sunny outdoor shopping mall in Marin County.

She continued dosing with one teaspoon of the herb tinctures for a week following my departure and did not require any other intervention. The baby was carried to full –term. Back then, people would make comments when I conveyed the episode like, “The contractions would have probably stopped on their own”; possibly, but decades later I have seen the power and results of simple remedies such as these repeatedly and have sound clinical experience. The traditional use of these herbs also have thousands of years of empirical proof. Lettuce leaf and cramp bark herbs are not toxic in prescribed doses for the mother or child and can be considered for use generally when pregnant women are threatened with miscarriage (check with your personal local healthcare professional first). I still keep both remedies on-hand for my clinic patients just in case I need to spring into action once again!